Who I've Always Been Forum - Your Source for Rare Songs!
Would you like to react to this message? Create an account in a few clicks or log in to continue.

Your Source for Rare Songs!

Log in
Latest topics
» Shake It Off Acoustic studio version?

» Who do you think the songs are about?

» Blank Space is the next single!

You are not connected. Please login or register 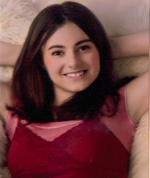 Posts : 3097
Join date : 2011-03-07
Age : 32
Location : Massachusetts
So we already know from the list of co-writers that was supposedly confirmed by Target that the Dianne Warren co-write didn't make the album but yesterday I found these two songs called Cheating on me and I think you're the one on one of her songwriting lists:
https://www.ascap.com/Home/ace-title-search/index.aspx
https://www.ascap.com/Home/ace-title-search/index.aspx
Because they were written with this Jamar Latrell guy they won't be on the album (I'm assuming. If the co-writers list is to be believed anyway.) or even on the deluxe version but I still think it's cool to find out about new songs! They sound good to me like songs she would write (and I know it only lists her as the performer but I'm pretty sure she wrote them because aside from a few very popular released covers all the songs she sings and puts out are ones she's written. It also said that about Boys and love but who else would write a song with that title? And also she's not affiliated with them anyway so when you search her she doesn't even come up as a writer, only a performer and a bunch of songs she's written come up when you search her that way.) so I'm glad to find out about them either way and I hope like with I bet you think about me, Babe etc. that they get released someday so we can hear them but until then I guess they're just songs we can add to the list of ones we know.

-Alyssa
Ps. Sorry for posting links instead of pictures. I took screen caps of them but it's always really hard for me to post pictures on forums for some reason so I just find it easier to post links.

Posts : 3251
Join date : 2011-03-07
I had seen this! It's weird she's not credited as a writer, only as a performer, but in other unheard songs (like Boys and Love) she's not credited as a writer either, so maybe she did write it. I find it strange they'd put it online if she wasn't to release it, but then again 'Babe' was put on one of those sites as well and, at least to date, she hasn't released it. I just don't understand what the criteria is, I mean, why do some songs make those sites and others don't?
_________________

it's okay, life is a tough crowd.

Posts : 3097
Join date : 2011-03-07
Age : 32
Location : Massachusetts
Yeah, I don't know think it may be because she's not registered there so therefore the co-writer probably registered them like with Babe but I'm sure she wrote them. I mean, like Boys and love both songs have titles that only a song by her would you know? And the only songs I've ever seen that she didn't write but were listed as her singing them were very popular covers that she had released, which is very few. I don't know why she didn't pick certain ones like the Dianne Warren one or these or Babe or I bet you think about me etc. but maybe they were good but just didn't fit the rest of the album or got knocked off by a last-minute addition? Like for 1989 she said it was very cohiesive so that probably means it all sounds like 80's pop so maybe these two and the Dianne Warren co-write don't sound like that? Like I don't know Dianne's music but I thought maybe she was more country? Or at least less pop than Ryan Tedder, Jack Antonoff and Max Martin and Shellback. Another thing is that the co-writer doesn't seem very well-known although that probably has nothing to do with it because she still wrote with them. I did notice he lived in Tennessee to though so maybe they were country and written really early on. They weren't listed there until this year though, I found them recently but I know other people found them in mid-June and they weren't there last I checked which was in January maybe or maybe February or March right after we heard she worked with Ryan Tedder. They don't give you too much info other than the title and writers/performers on there though so as far as why it wasn't picked, when it was written etc. your guess is as good as mine. 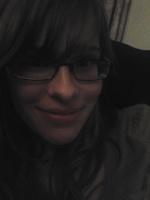 on the outside looking in

It also depends on the theme of the CD. Maybe they just didn't fit in? Or she simply wrote way better songs afterwards... Anyways, that makes me more excited for the album, I honestly don't know what to except.

it's okay, life is a tough crowd.

maria wrote:Ah, yeah guys! I think I was misunderstood, though. What I was wondering about was, like, why do those songs end up on that website, and the others that she writes don't? I would like to know the criteria for them to choose what songs to register online on those websites. It always bugged me lol

Well, I think the other songwriters put up the ones she never releases and she only puts up the ones she does so that's why we find a few random co-written unreleased songs sometimes and don't know of others she may have written like if she wrote them by herself or the other writer just didn't bother to put them up. Because she doesn't use that site anyway, she uses BMI and that's why I think she doesn't come up as one of the writers.

it's flawless, it's fearless

Posts : 1870
Join date : 2011-04-24
Age : 25
Location : Australia
Cheating on Me has been there since forever (at least towards the end of the Red era), I always thought it was a parody? I don't know about I Think You're the One but the cowriter of these songs is not familiar to me at all... I don't really trust ASCAP as the most correct listing of song titles. Who knows, it could be true, but I think Cheating on me is a cut from Red, if anything. I dunno about I Think You're the One, but judging by the fact that 1989 is said to be more about self-discovery than relationships, I don't think this is a 1989 cut.
_________________

Posts : 3097
Join date : 2011-03-07
Age : 32
Location : Massachusetts
Update: So I talked to the writer on twitter and he's just an unknown songwriter who wrote the songs for Taylor to sing I think and was hoping she'd use them. So I made a mistake in assuming that she co-wrote them or even songs them, sorry. I thought because her name was listed as performer that she must've at least been the singer and most likely the writer as is almost always the case but I guess he just put her name there without her permission because he wrote them for her to use. But can't he get in trouble for that? I mean, I don't want to report him or anything because he's already pretty broke without being sued lol but I just thought when someone's name was listed on a song on one of those lists that they had to actually be involved with it. It makes me wonder now about Boys and love but that was at least with a well-known songwriter wasn't it? But anyway, I took them off my master list on my website. Sorry, I didn't mean to get everyone excited for no reason! I really thought they sounded like titles of songs she'd write too but maybe that was why he called them that. haha

Search
Who is online?
In total there is 1 user online :: 0 Registered, 0 Hidden and 1 Guest